The overhaul aimed to benefit poor people too impoverished to pay even small bail amounts and also empower judges to keep particularly dangerous individuals behind bars before trial. Under this risk-based system, monetary bail was to be rarely used.

In New Jersey, judges no longer issue money bail to every criminal defendant and instead decide whether defendants should remain in jail before their trial based on the risk posed to the public.

Lower-risk individuals are no longer detained before trial for lack of financial resources. On the other end of the spectrum, higher-risk defendants determined to pose a danger to the community or pose a substantial risk of flight are no longer able to ensure their pretrial release with bail funds. The idea was to reform New Jersey's jail population to have fewer people in jail, with only the highest-risk defendants and those charged with the most severe offenses detained pending trial. 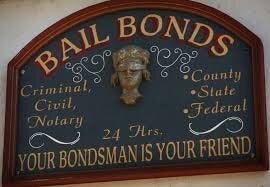 The use of cash bail in New Jersey is now primarily relegated to people who fail to appear in court or otherwise violate the conditions of pretrial release set by a judge.

Two years after the implementation of the law the New Jersey judiciary released its second annual report to the legislature and governor on the state's historic bail reform law. The report confirmed that the overhaul of the New Jersey bail system allowed the pretrial jail population to decline while failing to produce the increase in crime predicted by critics. Defendants under the new system were no more likely to commit a new offense or fail to show up for a court appearance than defendants released under the prior system of monetary bail.